The books of Ezra and Nehemiah showed the transformed figures of Israel before and after the period of exile.  Before this time the Israelites had been rebellious against God through their idolatry, disobedience, social injustice, ignorance, and violence.  They trusted other nations, who seemed to have a strong power, rather than trusting in the God who brought out them from the slavery of Egypt, gave the promise land and established the kingdom of David.  After the fall of Jerusalem felt they had lost everything but the promise of God given by the prophets were still there.  “When seventy years are completed for Babylon, I will visit you and I will fulfill to you my promise and bring you back to this place. (Jeremiah 29:10)” The prophecy of God’s word was fulfilled and it reveals God’s faithfulness and sovereignty above the highest authorities on the earth such as the king Cyrus of Persia was in that day.  Then with the faithful leaders and true prophets the people of God, the returned exiles, began to turn to God by rebuilding the temple, gathering as one to studying the words of God, and celebrating the help of God and his mercy by giving thanks, offerings, worship and praise.  They also participated in reforming their lives as they repented and acted social justice and purified themselves by abandoning intermarriage with foreign women.

At that time the leaders, Ezra and Nehemiah were men of God who truly trusted and followed God with righteous fear and the knowledge of the word of God and the hand of God was on them.  Their roles exemplified the godly leadership contrasting to the poor leadership of the kings of Israel and Judah that led God’s people astray into the exile in the first place.

What did these books mean to me as I was studying?

There is so much to see through the godly men Ezra and Nehemiah, the rebuilding of the temple and wall, the word of God spoken, the obedience, the spiritual warfare, the praying and fasting…and the list could go on.  These books have so many aspects of the life of believers to be applied.  What would “seventy years” mean to the Israelites and God for bringing those restorations and the transformation of the atmosphere?  Even the exiles were in Babylon, the pagan nation which had many false gods in their ungodly cultures, and there were risen some godly people not only Ezra and Nehemiah but also Daniel and other true prophets.  Could they learn the lesson during the troubled years?  Moreover it seemed that all the functions of God’s people such as Levites, the leaders, and the rest were working.  The leaders followed God’s direction and trusted God and knew how to fight against the enemies’ plots. The people listened to their leaders and acted according to the word of God.  As they read and studied the word they acted out what they found from the Law immediately.  To summarize, through the prayer and praise of his people, God was in their midst as a true director of all this restoration.

After many generations, this world is not so different than before Ezra and Nehemiah’s time with our false values and our spiritual warfare. I pray that the same God of their day will come to be the center of my life, guiding and guarding my heart into his promised life. 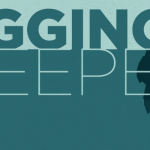 God is worthy of my trustSBS Blog 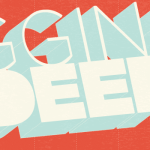