45 Immediately he made his disciples get into the boat and go before him to the other side, to Bethsaida, while he dismissed the crowd. 46 And after he had taken leave of them, he went up on the mountain to pray. 47 And when evening came, the boat was out on the sea, and he was alone on the land. 48 And he saw that they were making headway painfully, for the wind was against them. And about the fourth watch of the night[a] he came to them, walking on the sea. He meant to pass by them, 49 but when they saw him walking on the sea they thought it was a ghost, and cried out, 50 for they all saw him and were terrified. But immediately he spoke to them and said, “Take heart; it is I. Do not be afraid.” 51 And he got into the boat with them, and the wind ceased. And they were utterly astounded, 52 for they did not understand about the loaves, but their hearts were hardened.

The author Mark uses a very interesting phrase in the portion of scripture, “He meant to “pass by” them. This has often puzzled me, why would Jesus want to pass by his disciples on the water? Was he trying to be sneaky? Did he not care that his disciples could possibly die in this Wind Storm or be seriously injured? The disciples were painfully making progress would he not want to go near to them and help them.

Exodus 33:12-23 tells of Moses on Mount Sinai telling the Lord that he will not take the people any further unless his presence would go with them for that is what distinguished them from other nations. And Moses cries out to God and says show me your glory and the Lord tells Moses that his goodness will pass before him. 33:21 and the Lord said “behold, there is a place by me where you shall stand on the rock, and while my glory “passes by” I will put you in the cleft of the rock, and I will cover you with my hand until I have passed by.

Mark views these two circumstances in the same light. God “passes by” Moses with His glory and Jesus does the same in Mark. Jesus “passes by” his disciples to comfort them and allow them to know that he is with them.

Gordon Fee says it great when he says “In wonderful fashion Jesus put his authority at the disposal of the disciples and (passed by) to assure them of his presence with them.

Mark writes to an audience who is in need of this comfort. Written in the early 60’s AD the Christians are under extreme persecution during the reign of the Emperor Nero. Many were being killed and many were hiding in the catacombs underneath the city of Rome. Some are being eaten alive by being sewed into animal skins and then fed to wild animals. 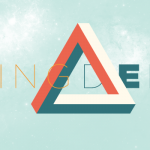 Walking by the Spirit – GalatiansSBS Blog