Are You a Friend of God? – 2 Corinthians

Paul was the founding Pastor of the Corinthian church and he had his work cut out for him working with that congregation. The people of Corinth had a reputation in the ancient world as being a group of unruly and sexually promiscuous drunkards. Paul spent a year and a half with them as their pastor, teaching them how to live as God’s children in holiness and function together as the family of God. Paul loved the Corinthians and sought for them to grow in their love for God. That’s why, when he received word that the church had basically fallen apart in his absence, he wrote them right away (that’s 1 Corinthians). His response was firm, clear, and unwavering in his Godly conviction, but it was filled with true affection for the Corinthians.

But Paul’s letter was received in anger and they attacked his leadership. And after a visit from Paul to the Corinthians and another, more severe, letter sent to them via Titus, Paul was eager to hear how the church in Corinth was doing. Titus reported that he was refreshed by the church and while there were definite concerns, they were beginning to turn around and there was hope for reconciliation.

And this is the situation 2 Corinthians was written out of. Paul writes to defend his leadership and to point to God’s grace and power that is always at work amidst his weaknesses. He desires for there to be reconciliation between him and the church and the church and God.

There is so much I could unpack in this letter, but I want to focus on reconciliation. What does it mean to be reconciled with someone? I’m from Canada, so maybe it’s just in my blood, but I say ‘I’m sorry’ a lot, often multiple times each day. But does this mean that I’ve truly reconciled with that person who wronged me or that I wronged?

18 All this is from God, who through Christ reconciled us to himself and gave us the ministry of reconciliation; 19 that is, in Christ God was reconciling the world to himself, not counting their trespasses against them, and entrusting to us the message of reconciliation. (ESV)

Reconciliation – A change from a state of enmity to one of friendship; it is the result of redemption, the divine act of salvation, the ceasing of God’s wrath (G2644)

So, how did a deeper understanding of this word ‘reconciliation’ affect how I interpreted the text? It basically blew my mind. God made us new creations and in this redemptive act, restored the relationship between mankind and Himself. The sacrifice of God’s Son was the necessary act in order for reconciliation to be possible. So, God and Jesus had no reservations, they had this rescue plan in the works since the beginning and now, as a result I can call myself a friend of God. I was changed from an enemy to a friend. This changes everything. His love turned it all upside down, which actually put it back to how He intended it to be all along.

But, this means I need to change how I live. Paul told the Corinthians that God had called them to settle their relationships with each other, He gave them this ‘ministry of reconciliation’. And that’s how God works; He demonstrates to us how to live and then asks us to go into the world and be imitators of Him. And that’s the challenging part – I have no problem saying ‘I’m sorry’, but it’s not so simple to change how I see this person, no longer as an enemy, but a friend. I can only do this because God made Himself my friend, and He enables me to do hard things.

God called the Corinthians His friends even after they chose to live immorally, were swayed by false teachers, and rejected Paul’s leadership. This same God calls you friend and invites you to say the same of Him. With Jesus, there is always hope for reconciliation. 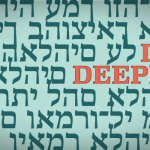