This past week the SBS has been studying the book of John. Throughout the study we have seen the main idea of this gospel being the deity of Jesus. The gospel itself shows so much about the character of Christ, starting with His public ministry and ending with His private ministry (the main twelve that followed Jesus in the three year ministry that He had). The main point that John was getting across to his readers (including today) was that Jesus is and was God in the flesh. This is truly what it is all about; John wants to inform us and the readers in his time that this man Jesus Christ was actually the Son of God and also God Himself. This author knew Jesus, walked with Him, and learned each day that He was, he was an eyewitness of the Son of God and most importantly he was a friend of God Himself. John knew Jesus and testifies that He was more than a man not only from the miracles that He had performed in front of him, but because he understood what He was and what Jesus came to do. Jesus came to this world to follow His Fathers commands, to do the will of He who sent Him. Jesus came down in the world to save the broken creation and to die for the sins of all. He came to bring eternal life, and made it simple to attain. To attain this salvation, all we must do is believe that Christ came as God in the flesh, and abide in Him.

From studying this book, I have realized so much about the character of God, whom so many, testify they know and love. Out of all that was learned this week, I believe this second request to attain salvation was life changing; “Abide in me”. The passage that touched my heart is in John 15:1-17. We know that there are two qualifications to attain this promised eternal life, believe in Christ, and abiding in Him. Do you know what the word abide means? Abide in this meaning is equivalent to be kept, or to remain. Jesus teaches His disciples what abiding really is. Jesus draws an illustration of a tree to His disciples, the tree itself is Him the True Vine, and the disciples are the branches of this Vine. Jesus was getting through to His disciples that He was the key in life. He tells His disciples to abide in Him, and after this he says that the branch cannot bear fruit by itself unless it abides in Him, in the vine. Jesus explains exactly how to abide in Him, “If you keep my commandments, you will abide in my love”.

One of these commandments and perhaps the greatest is to love one another. To abide in Jesus is to love people, to remain in His teachings and actions. From studying this illustration of the true vine, I have learned that the key to this life and the next is to remain in Christ. We must be the branches and grow and produce from Him. It is impossible to produce good fruit without Jesus. No matter what life brings to us, it is all worth it in the end.

I enjoyed studying the Gospel of John in the Turner Valley SBS, and look forward to what God is going to do through this base in my life and the lives of my family here. To all wanting to join an SBS, I encourage it strongly. You encounter God in such a miraculous way, and He changes you to be more like Him every day. If you want to change then this is the thing to do. 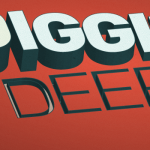 INVESTIGATING THE DEITY OF JESUS AS THE GREAT I AMSBS Blog