What is Song of Songs about? This is actually a really big question and how you choose to answer it will drastically affect how you read this book. So, before I began to study it, I had to decide how I believed Song of Songs was meant to be interpreted. It is different from other books in the Bible because it is entirely poetry and has been interpreted both allegorically and literally. An allegory is an extended metaphor in the form of a story, which means that what is said is not what is actually meant. There is a deeper, more spiritual meaning beneath the surface and that is what the author actually meant to communicate. The other way to interpret Song of Songs is literally, which would mean it is a book about sex and attraction within a marriage relationship. I think there is a problem with interpreting the book strictly allegorically or literally because it implies that God did not create sex as something good. Some people believe that Song of Songs must be an allegory because God would never speak so passionately on a subject like this, therefore it has to be about Jesus’ love for humankind. Literal interpretation would conclude that there is nothing to be learned about the character and nature of God because there is no mention of Him and the couple is not seen praying or worshiping. This disregards God’s creation of sex and His desire to guide us in living out relationships in a God-honouring way. Personally, I believe that neither of these interpretations were how the book was to be read. Song of Songs is a celebration of sex – how God designed it, not how culture has depraved it. The book reveals that God deeply cares about the marriage relationship and wants to be at the centre of it; this means that Christians need to talk about sex.

I believe that it is a biblical truth that marriage gets better and better with time, but this doesn’t happen by accident. In Genesis 2, intimacy between Adam and Eve is described as their being naked and unashamed with one another, but this changed after the fall. The marriage relationship was negatively affected when sin entered the world and I believe, through Song of Songs, God wants to reveal the importance of redeeming His original design for intimacy between husband and wife. Song of Songs makes a connection between conjugal love and sex. Some people would eliminate sex when they speak of love, supposing they are making it more holy. Others, when they think of sex, never think of love, but God reveals that He holds the highest view of sex.

There is a cosmic gap between our culture’s definition of sex and God’s definition. Culture specializes in loveless sex; it’s merely recreational play between consenting adults. If sex is even spoken of in the church, it’s usually within the context of rules and to a non-believer, this makes no sense at all. We need to come back to God’s definition of sex. Genesis 2:24 says that the man and woman became ‘one flesh’. The Hebrew word is ‘echad’. This means to be fused together at the deepest level. It is a bonding of two people into one entity, both physically and spiritually because you can’t divide the two. This is actually a much higher view of sex. While society says it’s merely biological, God says that sex is two people becoming one and that over and over again it is a way of expressing love for one another. Within marriage, this is beautiful, but outside of that relationship, it’s de-humanizing. It objectifies people and exploits them for self-gratification. When a couple walks away from each other, it tears apart echad and it’s like part of each of them is lost. This will begin to hallow them out from the inside. So, we see that God actually has a higher view of sex, not lower. I believe that the Church hasn’t gotten this right. But, despite our wretched failures in love, Song of Songs shows us how God created marriage to be and the importance of pursing intimacy. It is not dirty or shameful, but to be celebrated. 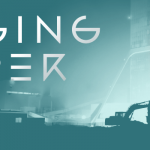