THE FLOOD AND REDEMPTIVE AFTERMATH

The Two-Year Anniversary of the South Alberta Flood of 2013

wo years goes by quickly; but for Albertans, the flood of 2013 does not live in myth.

Ironically, the destruction of this time has been redemptively merged into a meandering path to answered prayer for YWAM Turner Valley.

For us, the story actually predates the great flood.

The Nehemiah Project (our initiative focused on land development and building renovation) saw our flat corner of land on the elbow of the Sheep River as a perfect spot for a park area. The area is naturally enclosed by embankments and is beautifully forested with mature trees while having a silt beachfront to the river. It has long been a popular fishing and sunbathing spot for our community. Because of its proximity to the river, we are not allowed to build on the land. So as the Nehemiah Project envisioned the future for this space, it seemed like the natural conclusion to dedicate it as a park area. It had the potential to be an excellent Eden where people could meet, fellowship, pray and enjoy God’s creation. One factor stood in the way of maximizing the area for park area: lots of intense brush that covered most of the land.

Nathan Wall and the Nehemiah Project set their minds to bring church groups down to our location armed with machetes and chainsaws to clear the area and make it hospitable for a picnic blanket. Not long into the work-bees did we realize that this project was massive. It would either take larger equipment or hundreds more hours to accomplish this task. We may have been too ambitious.

And then, as a familiar passage records, “on that day all the fountains of the great deep burst forth, and the windows of the heavens were opened.” (Gen. 7:11)

On June 20-22, 2013 pouring rain and rapid snowmelt caused a major flood in Turner Valley/Black Diamond. Although we turned the first offer to evacuate down, later that morning it was mandatory. A nearby sour-gas well had been disturbed by the rising floodwaters. The two bridges to our neighboring town, Black Diamond, had been washed away.

Compared to the rest of southern Alberta, the river had been kind to us. The town of High River’s damage could have left it a ghost town. It was quite simply, a grouping of buildings that needed to be ‘mudded out’ because of the silty muck and waste that was deposited there. A number of First Nation’s reserves had been completely inundated. One hundred thousand people were evacuated from their homes in Calgary.

On the night of June 19, 2013, YWAM Turner Valley went to sleep without giving a thought to the potential of the humdrum sound of pitter-patter on the roof. We were awakened just after 5am by the fire department offering us a voluntary evacuation. For what: Invasion? A nearby fire? Even in that conversation, it didn’t take long to be interrupted by the thunder coming from the river bend. The flood of 2013 had begun.

“…the rising water levels combined with the relatively steep drop from the mountains to the foothills meant that large trees hurtled at ferocious speed towards our 90-degree elbow of the river.” 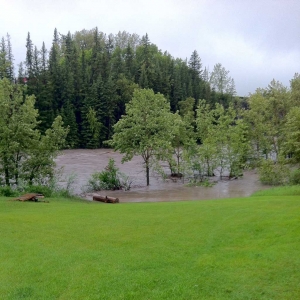 The Sheep River creeping up our property.

In our location, the rising water levels combined with the relatively steep drop from the mountains to the foothills meant that large trees hurtled at ferocious speed towards our 90-degree elbow of the river. Some of the larger logs built up against a few brave trees that had decided to remain immovable. This left the raging river no choice but to change its route and stampede through our future park area. It combed out of every shrub and stone while leaving stockpiles of logs 15-20 feet high. It resembled more of a broken fortress of lumber or a confused logging camp than anything.

After the flood subsided, YWAM Turner Valley began looking into how to clean up the affected flood plain area. A task team was formed to address the problem. Evan Greenwood, John Taylor, Austin McKinley, Jenn Villaflor, Sean Delipper and Michael Packard began looking into possible ways to remove the massive piles of logs. They looked into having a logging company come remove the logs. At one point a church group offered to come down with excavators and do the work for us but unfortunately it never worked out. Finally, the task team asked the Town of Turner Valley and Fire Department if it would be possible to do a controlled burn but the answer was no. A lady at the town office kindly suggested looking into grants to help with the removal. In the end, however, it seemed that there would be no way for YWAM Turner Valley to afford removing and cleaning up the flood plain.

So the plan was to slowly work on doing the cleanup ourselves with a few chainsaws and manual labor. A wood cutting work-day was scheduled for May 20, 2014. Staff and students volunteered to clear brush and wood but the effort was insufficient in light of the enormity of the task. The project was large enough to take ten years at the rate we were going. It may have been more hopeful to believe for a second apocalyptic flood to wash away the leftover wreckage.

The task team prayed for help. 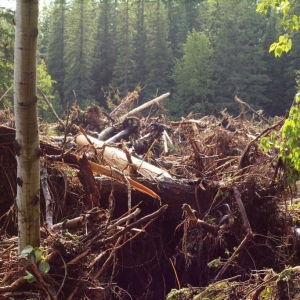 The gnarled mess that made it's way down the Sheep River and onto our property.

The workers clearing out the logs. Praise Jesus!

A couple weeks to a month after contacting the town of Turner Valley, an engineer showed up wandering the property. Sean Delipper and Caleb Powers talked with him and found out that the town was looking into cleaning up flood-affected areas along the river. Communication regarding clean up began late May or early June 2014. Essentially, the town wanted to clean up specific areas along the river that could potentially cause more damage if another flood occurred and swept debris downstream. Our property was one of three locations they wanted to clear at no expense to us. The removal would be funded through the provincial government. The town received a grant for about $500,000 to clean up three sites. The YWAM Turner Valley property was the largest costing approximately $100,000-$200,000 to clean up. The town was concerned that YWAM would not want excavators going through the property to do the cleanup but this was exactly the thing we wanted and prayed for but felt there was no way we could make happen.

After much planning and talking, removal began on August 24/25, 2014. It took them about 2-3 weeks to complete. In that time they built a ramp to access the area, cleared the piles of logs, levelled everything out, put down wood chips and left us good firewood to be chopped up and taken away.

Ironically, the park area that we dreamed of and tried in our own effort to create was completed with no expense to us—and minimal work on our part! What seemed to be destruction was the road to redemption. Our YWAM community is extremely grateful! As ministry, we have often recalled the unpredictable path that God took in helping us with this park area. Initially, when we set our sights on a park area, the flood that followed seem to put us further back than even before we had any goals. We’ve learned to put our faith in HIM as opposed to the perfect plan to achieve the accomplishment of our prayers. 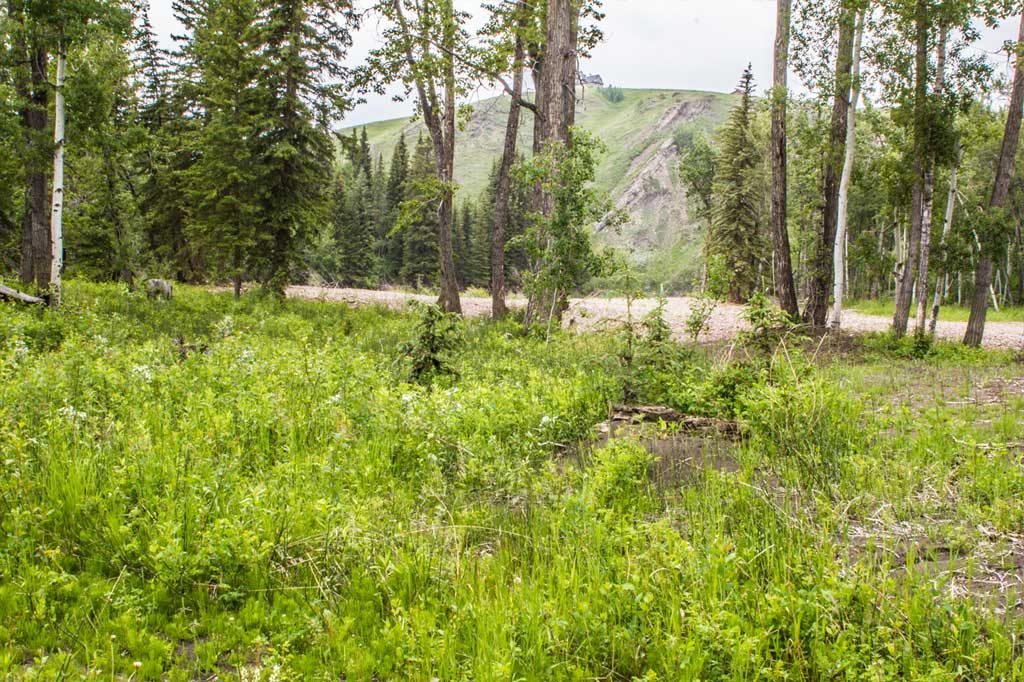 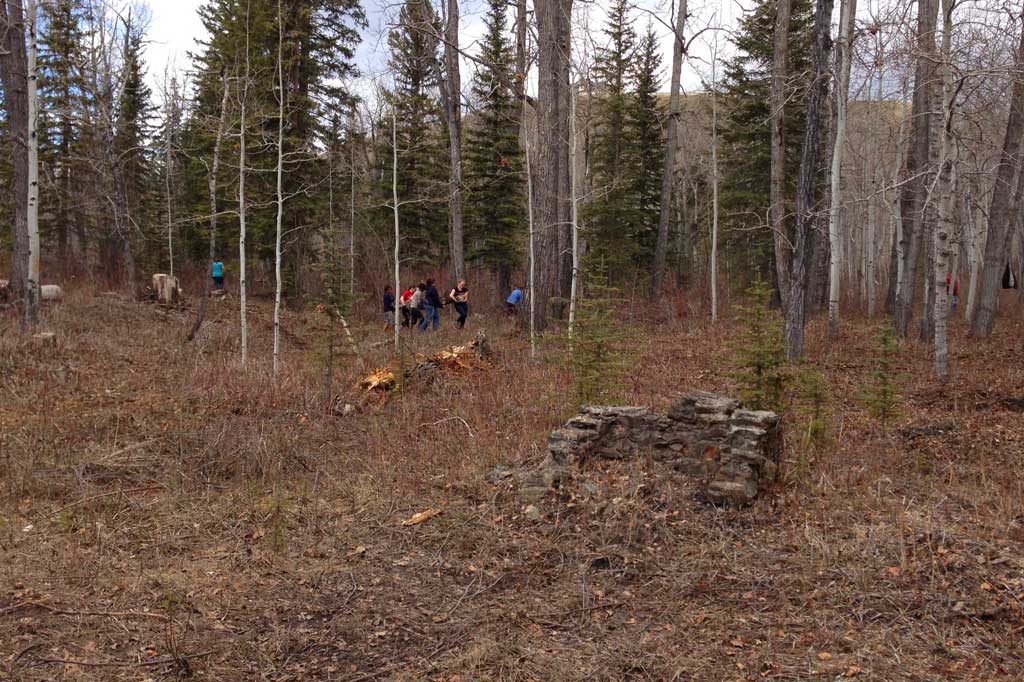 The Flood Plain: Before & After the Clean up 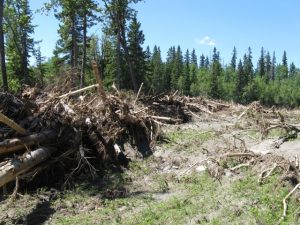 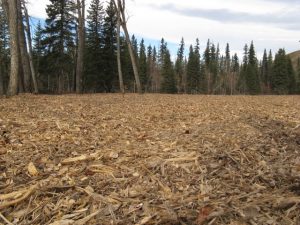 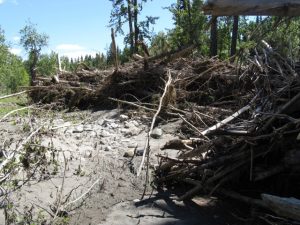 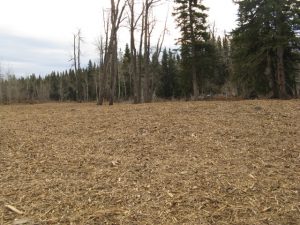 WANT TO RECEIVE OUR NEWSLETTER?