1Peter 1:1b-2  To those who are elect exiles of the dispersion in Pontus, Galatia, Cappadocia, Asia, and Bithynia, according to the foreknowledge of God the Father, in the sanctification of the Spirit, for obedience to Jesus Christ and for sprinkling with his blood: (ESV)

When most people think of a theological heavy weight among the New Testament authors they would naturally think of Paul.  This is for good reason when you consider the sheer size and breadth of a book like Romans. Still, I think people are too quick to overlook the strength of Peter.

Peter’s understanding of the gospel as offered in his 1st book reveals a broad focus with amazing insights that can easily be missed if not looked at carefully. Let’s look at a few of the principles that Peter offers.

In Peter’s first verse he introduces the huge concept of election. Believers are, “those who are elect (v1b)”.  It seems that for Peter these believers are the elect of God, those whom God has chosen to receive his salvation.  This is the first and basic truth of a believer’s life.  God chose them first, he elected them.  It was not by any work of their own but through his work that they are brought into the Faith.

In addition to being the “elect,” believers are also “exiles (v1b)” in this world.  This is one of the key themes in this book.  Peter emphasizes that, as believers, their true citizenship is not in this world with its physical kingdoms, but their citizenship is in heaven and their only true Ruler is God.  A Believer is not of this world he is in this world.   Considering that Peter is writing from Rome, likely during the Neronian persecution, his message could not be any more personal.  He was a man who must have known his life was coming to an end and facing death, he held to the knowledge that he was going home.  It is that same hope that he wants to pass on to his readers.

For believers to understand that as spiritual exiles, they are the elect of God, they must have the conviction that God’s plan is ‘according to the foreknowledge of God (v2)’.  In Peter’s mind God knows all.  Nothing that happens does so without God knowing about it ahead of time.  The fact that these elect exiles are a part of the kingdom was already known to God beforehand.  Over the course of church history this idea of God knowing who will be saved even before he created them has been a hotly debated topic, but to Peter and Paul, this was an encouraging fact that believers were meant to hold on to.  God had chosen them before the foundation of the world, he knew they would come to him; this is a good thing for them. Peter’s view of the gospel is solidly founded God’s omniscience.

From here Peter does not hold back; in verse 2, he moves straight into sanctification (“in the sanctification of the Spirit”), the process by which a believer is transformed into the image of Jesus. For Peter, this is the natural place to move into.  God elected people for salvation by his foreknowledge and it is his Spirit at work in them that will purify God’s people.  It is not by their own works that they will be pure before God.  Nothing that Peter has discussed yet has had anything to do with the actions of people but only the actions and knowledge of God.  Sanctification is the Spirit’s work in believer’s hearts and lives to bring us more in line with God. It is God doing something that fallen humanity could never for themselves.

Now that the believers know that they are the Elect of God, belonging to God’s kingdom as exiles in this world, foreknown by God, and that his Spirit is a sanctifying them, they are ready for the next step, “obedience to Jesus Christ and for the sprinkling of his blood (v2).”  It is worth noting that Peter emphasizes all that God has done in the lives of believers before he ever gets to anything that a believer should do.  Even now he only says they are to be obedient to Jesus – and even then – it is the sanctification of the Spirit that has made them ready for that obedience. Salvation has nothing to do with human actions: without the election, sanctification and shed blood that the Trinity gave, they could never have come to God.

So much in just the first two verses of Peter’s book! This is who the believers are in Christ, and who the Trinity has made them to be.  It is truly curious that many of these principles are so hotly debated today when, to Peter, they were simply truths to be stated and not even discussed in much detail.  Why do we have such a hard time today accepting these truths?  Why do we hold such a high view of who we are and often such a low view of who God is?  Salvation is a thing that was started, is developed, and will be completed, by God alone. Peter knew that, do we?

Meet our staff: “Teeny” as everyone calls her,

Our MVDTS students are on outreach in Canada, whic

As SBS takes off with their studies in Philemon an

Meet our staff: Joel joined us on staff after comp

Check out our newest blog post featuring a testimo

Today our SBS 2020 officially starts as we welcome

Meet our staff: Sanal is the Co-leader of the Harv

Recently, we have had a number of big donations co

Another successful backcountry camping and hiking

GET INVOLVED
We are currently looking for full-time volunteers to fill these staff positions:  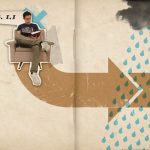