With the book of 2 Timothy, we said goodbye to Paul. Saying goodbye to Paul feels like saying goodbye to an old friend. Maybe the better term is “mentor.” This leaves me in a reflective mood, and I had our students reflect on their “favourite Paul memories” as we wrapped up our study of his epistles. My greatest memories of Paul include the fact that in every book of his I taught this year, he offered up the Gospel message anytime he could; I also appreciated seeing Paul’s humanity and realness, and I like that even though Paul was an incredible intellectual, he still often included poetic language in his letters to express the awesomeness of God.

As I reflected on what makes 2 Timothy such a great book, it’s not that the message is radically new or different from his other books – rather, it is the context in which he is writing that makes the content so impacting. In 4:6-8, Paul clearly states that he is at the end of his life, and it hasn’t been a quiet slip into retirement surrounded by friends and family. Paul is under arrest and has been either abandoned by his friends, or has sent them away to continue the ministry he can’t continue from prison. With this in mind, he is writing the one person I believe he longed to see and trusted to do all he asked: Timothy. If you want a sense of who Timothy was and what he had gone through with Paul, read Acts 16-20 as well as 1 Timothy. Timothy is one of the two people I believe Paul refers to as his “spiritual child” in the Bible. He was also often Paul’s choice to be sent or left in hard place to deal with the church. He is, in my mind, Paul’s star pupil. Now with that in mind, what do you write as a final letter to such a person in your life?

If I were Paul, I would give that final nugget of wisdom I had been saving up for when Timothy was ready for it – that piece of information that all my years of wisdom had led up to. I am amazed that Paul, however, returns to things I am sure Timothy had heard a million times in his years of ministry with Paul. Some of the major themes of Paul’s letter I saw were: teach what you have been taught; those who serve God will suffer; don’t be ashamed of the Gospel; the Gospel (I love that even when explaining something else, when there is the slight chance to share the tenets of the Gospel, Paul will); and to remember what Timothy has seen and heard of God since he was a child. You would think this would be redundant for Timothy, but really it’s when one starts to forget the basics – the foundations – that things can start to fall a part. This is one of the reasons why the Israelites were often instructed to build altars in places where God did something great amongst them – these altars were visual reminders of what God had done. Living in the past can be harmful, but that is often because we are holding onto memories of what parts of a broken world and what people have done to us. It is different with God, however. We should hold onto the memories of what God has done so that we do not start to forget who He is and the way He has acted in our lives.

In many ways, Paul’s final letter is his simplest. As I prepared to teach 2 Timothy I found myself amazed at how clear it all was (compared to, say, 1 Corinthians, which I also taught). I realized that when you think about what is really important in the end, what is worth making sure you have passed on in the faith, it gets simple. I challenged my students to think about writing a letter to someone they had a Paul/Timothy relationship with as if it was their last letter, and to focus on what they would want them to know from what they had learned while studying the New Testament. I would encourage you to do something similar, even if you never send it off; this exercise shows us that, in the end, that which you believe is most important.

Meet our staff: “Teeny” as everyone calls her,

Our MVDTS students are on outreach in Canada, whic

As SBS takes off with their studies in Philemon an

Meet our staff: Joel joined us on staff after comp

Check out our newest blog post featuring a testimo

Today our SBS 2020 officially starts as we welcome

Meet our staff: Sanal is the Co-leader of the Harv

Recently, we have had a number of big donations co

Another successful backcountry camping and hiking

GET INVOLVED
We are currently looking for full-time volunteers to fill these staff positions:  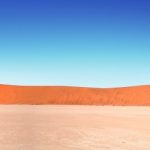 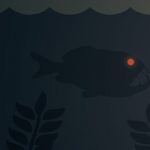